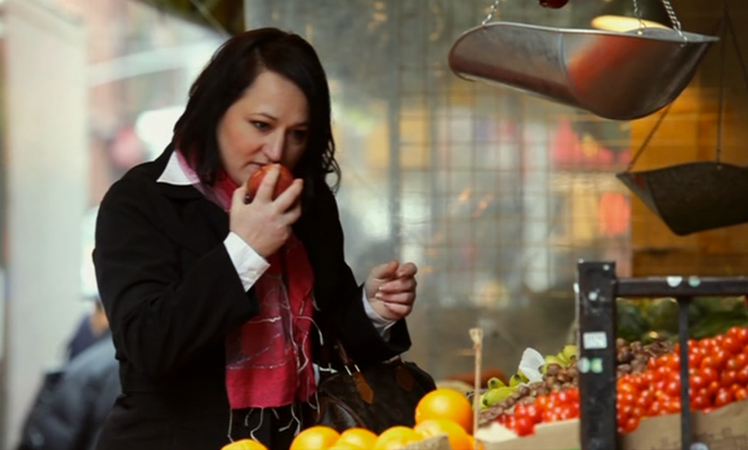 “Culinary guru Jennifer Iannolo wants to give people a taste of just how sensual food can be.”

When most young girls were playing with Barbie dolls, Jennifer Iannolo was playing “food show” in front of her mother’s kitchen window (the camera).

A passion for gastronomy flows through her veins, and her life’s mission is to ignite that same level of excitement in others. She also has a love of things modern and shiny, and started this food blog in 2003.

Prior to her leap into new media, Jennifer spent a decade working with the world’s greatest chefs. She is also the former Director of Culinary Programs for Relais & Chateaux, where she launched the Ecole des Chefs program with more than 100 master and Michelin-starred chefs from around the world including Thomas Keller, Charlie Trotter, Daniel Boulud and Guy Savoy.

Jennifer lives in New York City, and holds a B.S. in International Business and Marketing from the Stern School of Business at New York University. She also studied in Paris through La Sorbonne, L’Ecole des Sciences Politiques and L’Ecole du Louvre. For more information, or to inquire about speaking engagements, please see the contact page.

In addition to her blog posts here, and her appearance in the 2012 food documentary Eat, Cook, Love, Jennifer’s culinary adventures can be found in several other places:

The world’s first all-food podcast channel, which Jennifer founded with Chef Mark Tafoya in 2006. The network’s shows have been nominated for numerous awards, including two Tasty Awards nominations for Best Travel Series: Web. Food Philosophy™, Jennifer’s podcast on the network, has been broadcast on Sirius satellite radio.

An online food and wine magazine celebrating the sensual pleasures of food, launched in 2004 and nominated for a World Food Media Award. The site’s first cookbook, The Gilded Fork: Entertaining at Home, was released in 2009.

A site dedicated to indulgent wellness, food as medicine for people with chronic illness, and an approach to life that minimizes stress and maximizes living. Jennifer launched the site in 2010 after struggling to find a way to manage fibromyalgia and numerous food sensitivities, including gluten and dairy intolerances.

The “M” Word: How to Monetize Your Talents
Podcamp NYC

ONE.org – Featured food blogger – Grassroots campaign of more than 3 million people committed to the fight against extreme poverty and preventable diseases.
UN Women U.S. National Committee – Organization that supports the mission of UN Women and social, political, and economic equality for women and girls around the world.
Know My World – Advisor – Program to foster cultural exchange between young adults from around the globe.